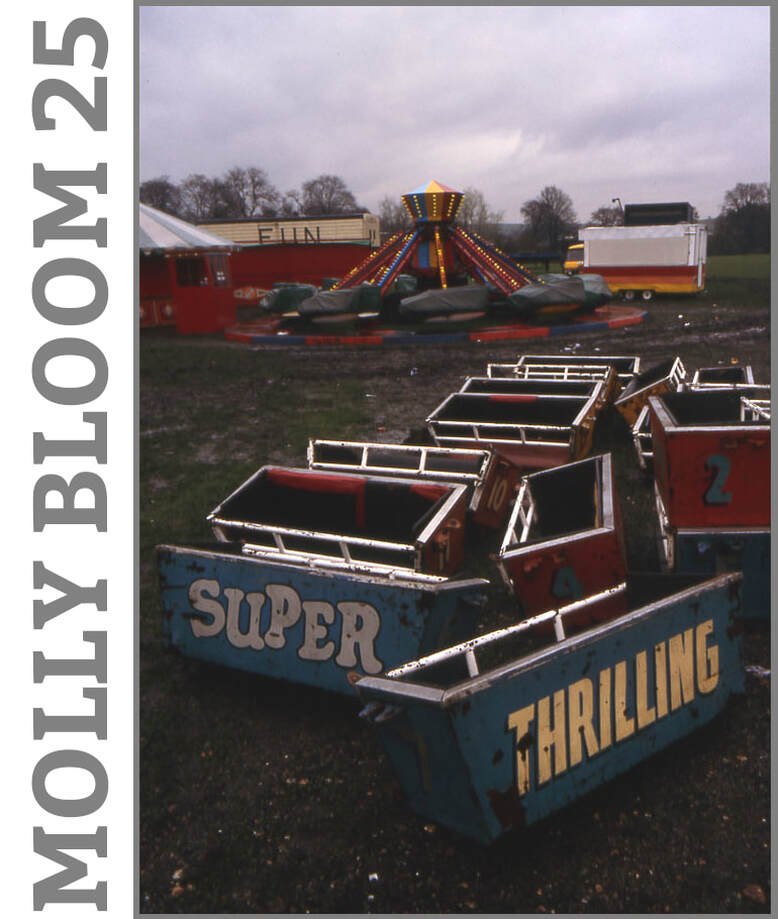 It was exactly seven years ago, with the release of the fourth issue of Molly Bloom as an online magazine, that one contributor congratulated me on getting beyond what he had observed as the common expiry point of such ventures. Three issues and out was, he reckoned, the norm for little mags. So it’s with some pride that Molly now reaches a quarter-century of online episodes – all of which you can still catch here: Previously in Molly Bloom.
Now, however, eight years since Molly came into internet being – and 41 since her brief initial flowering as a print publication – this 25th online issue will be the last for a while. This is (or at least so I intend) merely au revoir, not goodbye for ever.
Until then, here is another bumper crop of new poetry to enjoy, winnowed from the largest pile of submissions yet received round these parts. A process made more difficult by the fact that several of the poets whose work I have reluctantly turned away are people who have become my friends during these Molly Bloom years. And, in fact, winnowing is the wrong metaphor, since a good deal of what I chose not to include was anything but chaff.
In a few cases (and this is neither new to me nor will be unfamiliar to other editors), the choice was simply between poets whose work I’ve featured here before and those who were new to me – and/or perhaps those who have other readily available platforms and those not yet widely published.
A majority of the writers and artists whose work is presented here for your enjoyment and appreciation are making their first appearance in Molly Bloom. Some you will encounter, as I have, as familiar and cherished names. Others, I trust, may be excitingly new to you. They are all here because their work touched me, as I hope it will touch you.
Together they bring the total number of poets featured in these 25 issues to 192. I won’t attempt anything like a “best of” list here – though the idea of a Best of Molly Bloom as a printed book has been mooted and may one day be attempted – but those 192 include all my favourite living poets as well as tributes to three greats of English poetry that we have lost during those eight years, Roy Fisher, Tom Raworth and Lee Harwood.
I hope it has all been as described in the cover photo: fun, super, and thrilling. That photo seems an appropriate one on which to pause for now. It was taken 40 years ago and might have been on the cover of the original Molly Bloom had financial considerations not limited it to monochrome printing. Like every cover photo featured in Molly Bloom online – except for #4 – it is my own work.

For now, That’s all, folks! As Arnie would say, I’ll be back. And the original Molly Bloom: yes I said yes I will Yes.